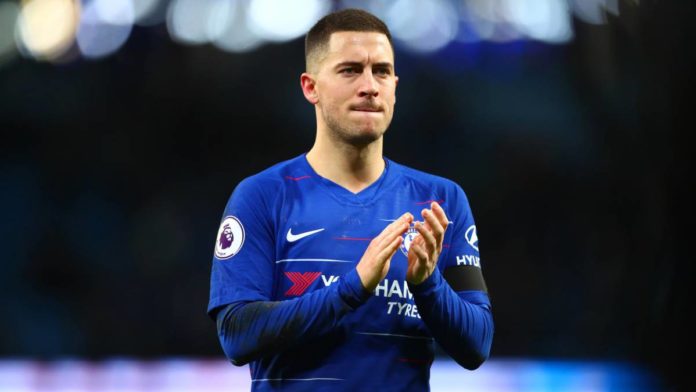 Chelsea are hoping to sign Edinson Cavani should Eden Hazard move to Real Madrid in the summer, according to a report in France.

According to French media outlet Le 10 Sport, Chelsea FC have identified Cavani as a potential target to replace Hazard.

According to the same report, the Blues’ board might take some convincing that Cavani is the right signing to take over the reins from Hazard given that the South American turned 32 earlier this month.

The Daily Star suggests that the west London club could look to sign the Uruguay international given his ability to have an immediate impact as the League Cup finalists look to fight a transfer ban.

Chelsea were handed a suspension from signing players in the next two transfer windows, although the Blues can delay the ban if they submit an appeal.

Cavani has scored 17 goals in 16 games in Ligue 1 this season to continue his prolific form at the French club.

The player moved to PSG from Sarri's former club Napoli in 2013.