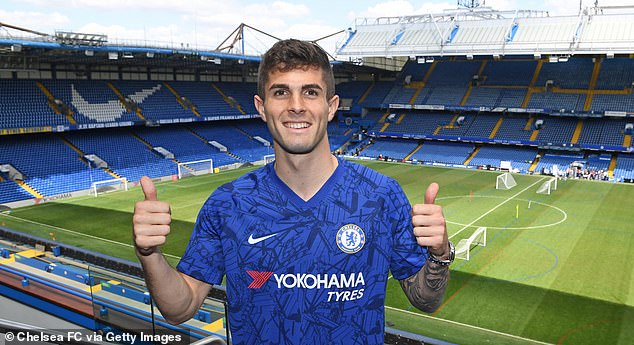 Chelsea have officially unveiled Christian Pulisic as a Blues player as he posed with the club's shirt at Stamford Bridge.

A deal was in point of fact struck in January but the American stayed with the Bundesliga club for the rest of the season. 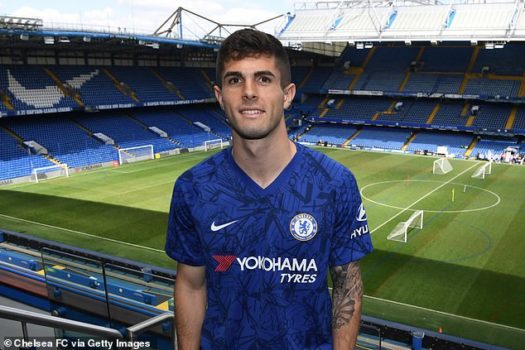 He is now part of Maurizio Sarri's squad though and was captured in Chelsea's kit for next season for the first time in a series of photos. 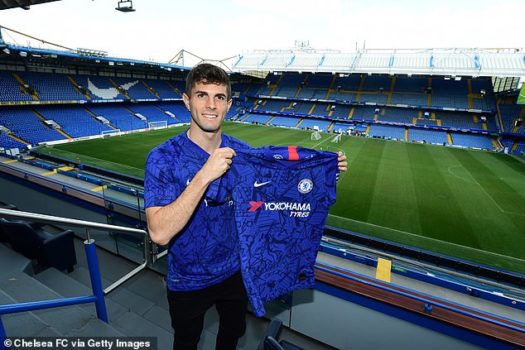 In his first interview for the club last week, the 20-year-old revealed he is especially looking forward to playing with N'Golo Kante next season.

He told Chelsea's official website: ‘’There are so many good players here. I'm really excited to play with N'Golo Kante. ‘’I'm excited to meet him, I love him as a player. The backline too, Luiz, Rudiger and those guys.

When Pulisic was asked what the Chelsea supporters can expect from him he said: ‘’They can expect a really good team guy who is going to give everything.’’