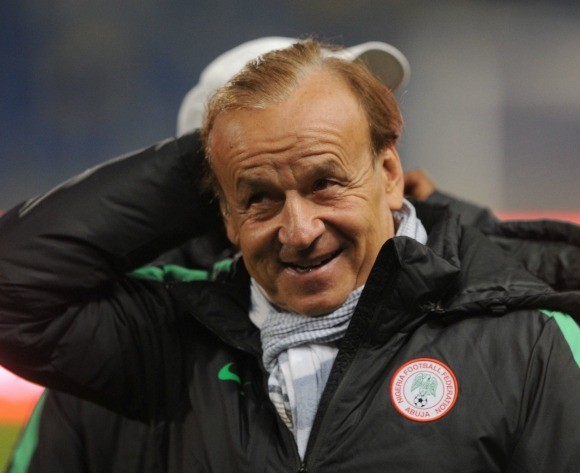 A meeting has been set up between coach Imama Amapakabo and Super Eagles coach Gernot Rohr as well as the Nigeria Football Federation (NFF) technical department on plans for the new U23 national team, the Olympic team.

SCORENigeria claim that Imama will be meeting with Rohr in Enugu this weekend on the sidelines of continental matches involving Lobi Stars and Enugu Rangers to strategise on the new national U23 team.

Imama will lead the Olympic team for U23 AFCON qualifier against Libya next month in the absence of Salisu Yusuf, who is under a ban.

“The Libya match is about the same time with the final AFCON qualifier against Seychelles and so both coaches will meet to plan on how to approach the games,” a top official told SCORENigeria

Imama will also meet with the NFF technical department on Monday in Abuja to discuss his programme for the qualifier against Libya, which will be played between March 20 and 26.

Nigeria are the defending U23 AFCON champions after they won the tournament in 2015 in Senegal.