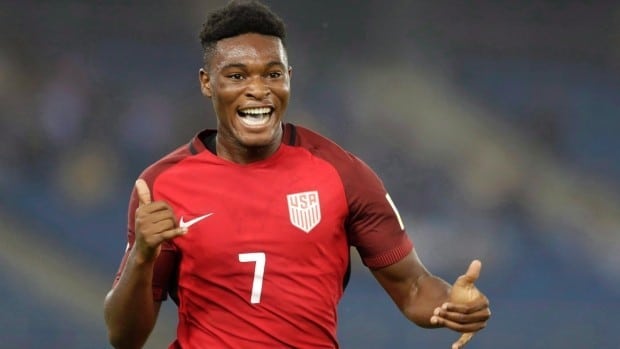 United States U-20 international of Nigerian descent, Ayo Akinola has been named in the recently concluded CONCACAF U-20 Championship after he was included in the Team of the Tournament.

Akinola helped the United States to successfully defend their title and qualify for next year's FIFA U-20 World Cup in Poland.

CONCACAF's technical study group has chosen the top eleven players in each position, with Akinola picked as the number one right winger in a 4-3-3 formation.

The Toronto FC winger appeared in all the eight matches contested by the US during the three-week tournament, scoring an impressive seven goals and providing one assist.

The 18-year-old was among the eight US players named in the Best XI selection.