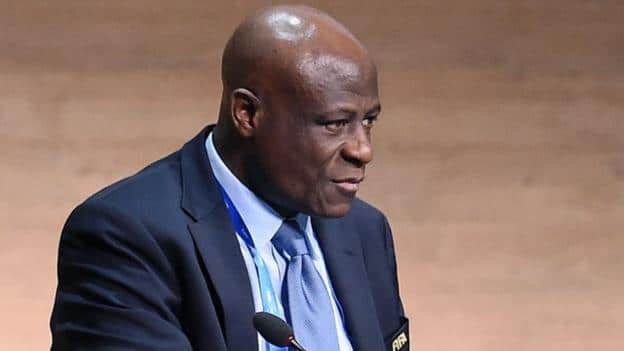 Omari's inauguration comes after the Ethics Committee of the International Federation of Football Association (FIFA) issued its decision to suspend Ahmad Ahmad the CAF president for a period of five years after breaching the FIFA Code of Conduct.

In an official statement Monday, FIFA affirmed that its Ethics Committee issued its decision after proven financial irregularities against the CAF president, banning him from practising any sporting activities, with a fine of 200,000 Swiss Francs.

Omari is a member of the FIFA Executive Council.

In September 2015, Omari was appointed as the chairman of FIFA's Task Force Against Racism and Discrimination.