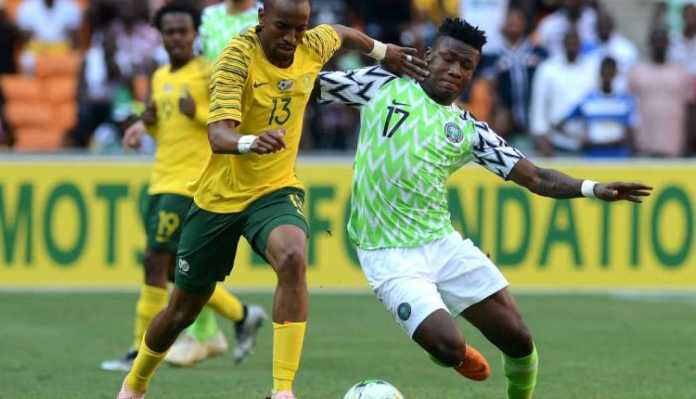 The Super Eagles of Nigeria were this evening held to a goalless draw by the Cranes of Uganda in an international friendly match.

Both countries last Saturday, qualified for the African Cup of Nations billed to hold in Cameroon next year.

The Super Eagles dominated the match in which they missed several scoring chances.

Super Eagles Coach Rohr was forced to make a number of substitutions in the second half after countless unsuccessful attempts to break down the compact defence of the Uganda national team.

Earlier before the kickoff, there was a novelty match which saw former Super Eagles defeating Delta All Stars by two goals scored by Mutiu Adepoju.

President of the Nigeria Football Federation, Pinnick Amaju featured in the match and dazzled for the former Super Eagles.