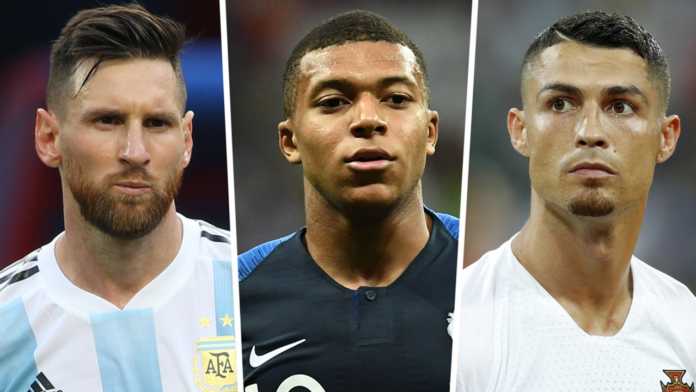 Kylian Mbappe told AFP on Thursday that Cristiano Ronaldo and Lionel Messi will continue to be football's greatest players but that his own World Cup heroics could help crown him the 2018 Ballon d'Or winner.

Messi and Ronaldo have won the last 10 Ballon d'Or awards and the teenage sensation believes that they are still the sport's top A-listers.

“Nobody is doing better at the moment and we can't say it's the end of their era because it will only end when somebody else does better than them,” Mbappe told AFP.

However, the young striker added, “I don't think one of them will win the Ballon d'Or this year because it was a World Cup year, and the World Cup takes precedence.”

While Mbappe thrived at the World Cup, Messi's Argentina and Ronaldo's Portugal bowed out in the last 16.

Messi finished the best goalscorer in Europe; Ronaldo was the top scorer in the Champions League.