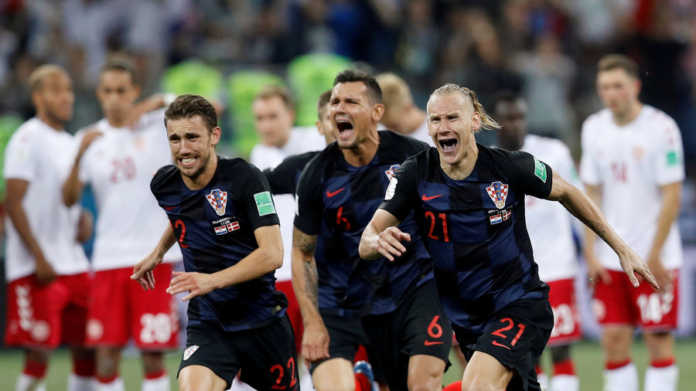 Croatia have made it through to the semi-finals of the World Cup for the second time in their history thanks to a penalty-shootout victory over Russia at the Fisht Olympic Stadium, after a 2-2 draw – extra time inclusive.

Two decades on from their only other run to the semis, the Vatreni can plan for a face-off with England in Moscow next Wednesday after holding their nerve in the sudden-death situation for the second game running.

A low-quality opening 90 minutes, which saw Andrej Kramaric cancel out Denis Cheryshev's impressive opener, was followed by a spectacular period of extra time in which both countries scored.

Russia were five minutes from going out after Domagoj Vida put Croatia in front, but Mario Fernandes leveled up to force penalties, which Croatia won by 4-3 goals.

Smolov, as well as Fernandes, both missed for Russia, as did Mateo Kovacic for Croatia, and it was then left to Rakitic to convert the winning spot kick.