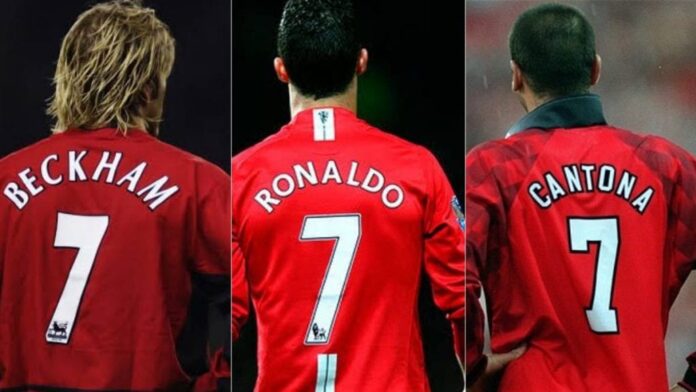 The players are very much accustomed to putting on various jersey numbers based on their choice and the shirt number available in a particular team or club side.

While we take notice of legendary importance or some level of attachment to history as reasons for a peculiar jersey for individual personnel.

We also acknowledge that the players' position plays a key role in the shirt number a player wears as the case may be.

We’ve even seen where shirt numbers are retired at some point just like Paolo Maldini's number 3 shirt has been retired at Serie A giants AC Milan.

While we ponder about jersey numerical significance, Goalballive.com reveals the best number 7 right now in the modern games of football.

The Paris, Saint-German forward would be on the list for many reasons.

He’s been outstanding putting it on for PSG while he’s expected to inspire his French side to great things in the season.

The French star is young and many promises await him and PSG as he continues to thrive at the club with the supposed number 7 shirt.

The French midfield player would be a massive mention here since toeing in the footsteps of previous players like Andriy Shevchenko (Ukraine & AC Milan legend) and Ramires who have won the jersey number 7 at Chelsea.

He knows his onion on the pitch and he’s not the type of player you can push aside in a big match situation.

He’s world-class and evergreen to perform for Chelsea while wearing the number 7 shirt is putting him among the legend of the game for real.

The talismanic forward Ronaldo would be wearing the much renowned accustomed number 7 jersey at the present club (Manchester United) this term.

But on his arrival, the South American had to vacate the shirt number in respect to the magnificent player Cristiano Ronaldo has been on the number 7 shirt.

And on the stance, continue to expect much from him (Ronaldo) as he stormed to life with a well-taken goal at the Theatre of Dreams arena.

The South Korean international has been a big positive to London side Tottenham Hotspur since his move from German Bundesliga side Bayern Leverkusen.

And with Harry Kane not available at the beginning of the season for Nuno Espirito Santos's men, he took the chance to showcase his attacking versatility in the number 9 role.

While his attacking combo with the likes of Dele Alli and Brazil’s Lucas Moura should see Spurs make a rapid match up in the Premier League table in earnest.

The Manchester City star is one of the outstanding figures in Gareth Southgate and Pep Guardiola's renowned attacking side like we’ve seen.

But he must hope injury and loss of form amid fatigue does not slow down his progress this season.

He’s been utilized in a couple of positions while he commands the trust of his managers (mentioned above) both at the club and on the international level.

He’s one of the best number 7 in the world at the moment while we acknowledge his immense output from the wings as well.