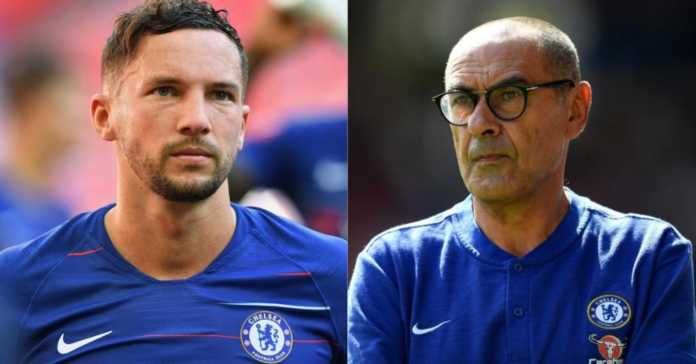 Chelsea boss Maurizio Sarri has said that midfielder Danny Drinkwater is free to leave Chelsea if he so chooses.

Drinkwater has completely fallen off the radar under Sarri, having made his only Chelsea appearance of the season in the Community Shield back in August.

The 28-year-old signed for the Blues from Leicester City in September 2017 for a £35 million fee, and featured sparingly in his first season at Stamford Bridge.

Under Antonio Conte, Drinkwater made 22 appearances for Chelsea in all competitions last season.

After Sarri took over the England midfielder has fallen out of favour, with the Italian admitting that Drinkwater does not fit into his preferred 4-3-3 system.

When asked about Drinkwater's future at Chelsea, Sarri said: “I don't know. It depends on the club, it's up to him.”

Drinkwater reportedly had offers for a loan move over the summer from more than one Premier League club.

Chelsea rejected those offers due to the loan fees being too low, with the club preferring to sell him outright.