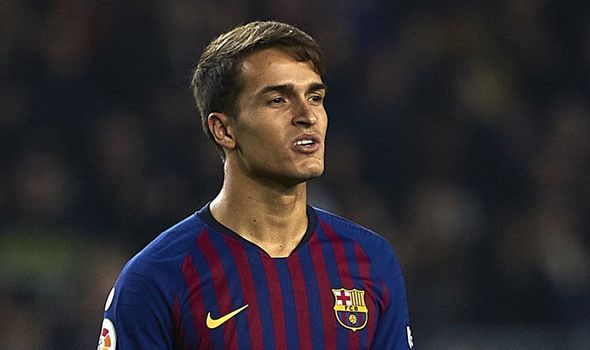 Arsenal boss Unai Emery worked with the player at Sevilla and is keen to snap up Denis Suarez.

A £2m loan fee had been agreed, but Barca want a compulsory purchase option.

Nou Camp bigwigs are concerned about his value dwindling if a fee is not agreed – or he's not sold to another club – this January.

Given his important role at the club the 49-year-old has been actively involved in negotiations.

Having quit Barca to join Arsenal 12 months ago, relations with his former employer are strained.

According to Mundo Deportivo,  Sanllehi has been an obstacle in negotiations over Suarez.

Speaking this week, Emery seemed to suggest the club were still trying to land Suarez.

He said: “We only want to sign one or two players who can really help us with good performances.

“They know our intentions, our possibilities for signing players that can help us.”