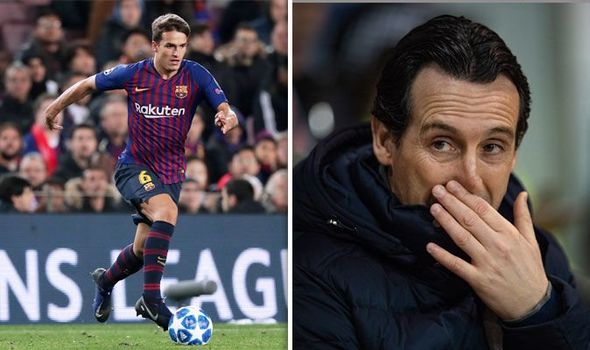 With a victory over West Ham, Arsenal will move level with four-placed Chelsea in Saturday's early kick-off.

Arsenal go into the London derby buoyed by back-to-back wins following a stuttering run of results.

The Gunners trail Chelsea by three points but can close the gap with the Blues not due to play until Saturday.

Boss Unai Emery previews the game in Thursday's press conference as well as give an update on the latest from the physio's room.

Quizzed on Arsenal's pursuit of Barcelona midfielder Denis Suarez, here is what Emery has to say:

Denis is in a different position to Munir, because Denis can play for us in any match and he is always available,” Valverde said.

“The reality is he was with our squad when we went to Getafe on Sunday and he is always competing to be in the squad, so yes he does have a future.

“This is a period of the season when fixtures come thick and fast and we will need to make rotations, I am aware of this and so are the players.

“Every game now we believe there will be a few changes, between league fixtures and those in the Copa all players available have a chance.”

Suarez has emerged as Arsenal’s No.1 January transfer target with the player open to a move to the Emirates.