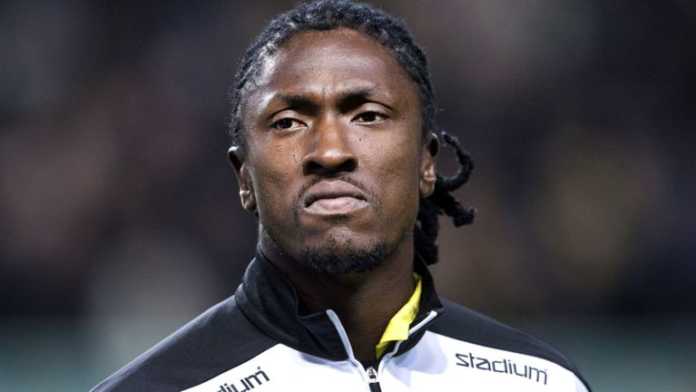 Dickson Etuhu is facing a maximum sentence of six years in a Swedish prison for match-fixing.

The former Super Eagles midfielder who has 33 caps for Nigeria will on Thursday, November 29 go on trial at the Stockholm District Court for match-fixing.

According to a 473-page pre-trial protocol obtained by Reuters, it was Stamatopoulos who reported the 36-year-old Etuhu to AIK, alleging that he has been approached by the midfielder and another man to fix the game which was later postponed.

Gross bribery carries a maximum sentence of six years in prison in Sweden.

Etuhu who spent two years at AIK has however denied the charge insisting that his former teammate misunderstood the conversation.

“I respect everyone's opinion, but the facts remain the same – it never happened … It's unbelievable that an ordinary conversation with a friend can lead to something like this,” Etuhu told Swedish newspaper Dagens Nyheter.

Before his stint in Sweden, Etuhu spent 14 years playing in England with the likes of Manchester City Sunderland, Fulham and Norwich.