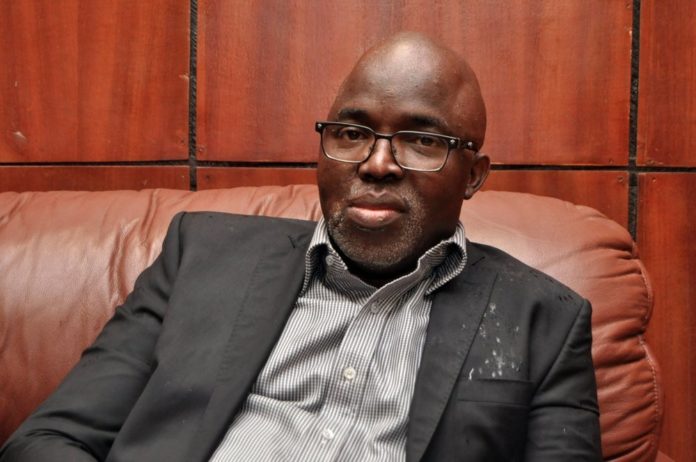 THISDAY reports that Journalists and non-essential guests were also barred from access into the offices.

Yesterday’s development was the latest in the unfolding drama on the leadership of Nigeria football between the Giwa and Amaju Pinnick factions.

However, the return of Dr Sanusi Mohammed as NFF Secretary General, suggests strongly that the embattled Pinnick faction has taken control of affairs of the football house.

The Minister of Sports, Solomon Dalung facilitated Giwa’s return to the NFF two weeks ago, following a Jos High Court exparte order issued by Justice Kurya, where the factional board sacked Mohammed and replaced him with Dr Emmanuel Ikpeme.

Ikpeme was stunned when Mohammed arrived in the morning and attended to routine administrative tasks on his desk at the Secretary General’s office.

Mohammed was sacked while he was on duty at the FIFA World Cup after allegations of financial embezzlement were levelled against him following a petition that was written to the Economic and Financial Crimes Commission (EFCC) by ex-Super Eagles coach and former Technical Director of NFF, James Peter.

The reinstated scribe told journalist last night that he was happy to return and offered thanks to the government for saving Nigeria from a looming ban by keeping FIFA statutes.

“You can imagine the number of youths that would have been unemployed if FIFA had banned Nigeria. Look at Kano State, for example, they have over 1,000 youths playing for club sides in the state, so if FIFA had banned Nigeria such people will become unemployed and also constitute a nuisance to the country. That is just Kano alone not to talk of the other states of the country “, Muhammed said.

In a swift reaction, Dalung stated that nothing has changed after the Supreme Court ruling and Orders of the Federal High Court in Jos on the Nigeria Football Federation on April 27, 2018.