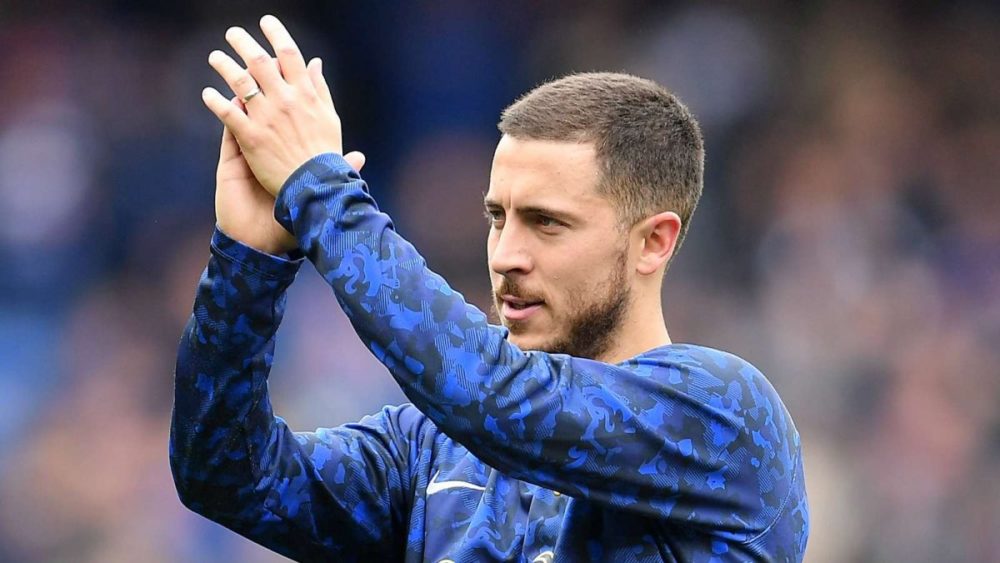 Eden Hazard will not be forced to stay at Stanford Bridge this summer despite an impending transfer ban, according to one ex-Chelsea player.

Former Chelsea defender David Lee feels the Blues will have no choice but to allow him leave and promote youth players to replace him.

“I’m not sure Chelsea will force Hazard to stay. There are a few kids out on loan who have done well and it will be an opportunity to bring them back,” Lee told Ian Stone’s Comedy Breakfast.

“They’ll have no choice but to play them. You’ll see if they’re good enough.

“A lot of people are talking about Tammy Abraham being the answer.

“I watched him a lot at Swansea and he wasn’t brilliant but he’s had another season at Villa and scored a lot of goals.

“There are a few others like Mason Mount and Fikayo Tomori at Derby who have had good seasons but it depends on manager Maurizio Sarri and whether he wants to blood them or whether he is just going to go with the experienced players instead.”