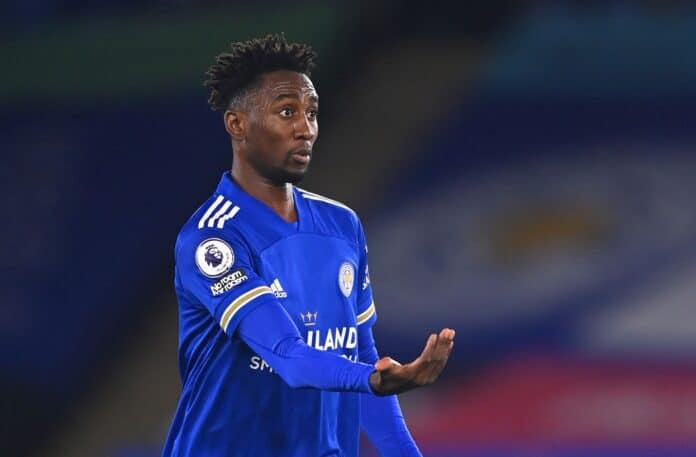 Super Eagles coach Augustine Eguavoen has lauded Nigerian international Wilfred Ndidi, insisting he could be one of the best in the world.

Eguavoen also described the midfielder’s cautious approach as a limitation.

With assurances that the Africa Cup of Nations will go on as planned, national team managers and administrators are now dotting their I’s and crossing their t’s.

It will be a fiesta of Africa’s biggest stars, with the creme-de-la-creme gracing the tournament. Stars like Mohamed Salah, Sadio Mane, Naby Keita, Riyadh Mahrez and Kalidou Koulibaly will be the ones many will watch. The question then remains, which among the stars will shine brightest? Which country will win the tournament?

While coaches are worried about the opposition and how to tackle them, Nigeria’s Augustine Eguavoen is gushing about one of his players. The Super Eagles coach maintains that Wilfred Ndidi is still underperforming. The former Super Eagles coach says the midfielder has more to give and expects him to do so at AFCON.

Wilfred Ndidi has come a long way to becoming Nigeria’s number one defensive midfielder, but according to Augustine Eguavoen, the former U-20 player is yet to actualize his full potentials. Eguavoen is a great fan of the Leicester City midfielder and admires his style of play. He opined that Ndidi still had more in the tank and should do more.

Speaking about Ndidi ahead of the Africa Cup of Nations, Eguavoen believes that despite not reaching his zenith, Ndidi was well on his way to becoming one of the best defensive midfielders in the world if not already regarded as such. To get to the level of best in the world, the 56-year-old tactician insists that Ndidi must take more risks.

Wilfred Ndidi gets plenty of respect in England for his performances at Leicester City. Since he joined the Foxes from Genk in 2017, he has grown in leaps and bounds, making a name for himself. Regarded as one of the best defensive midfielders in the Premier League, the 25-year-old is on another level.

Ndidi occupies a vital position for the Foxes, and Brendan Rodgers understands his importance. He has acquitted himself well in his role as he is the gel that holds the team together. Ndidi offers protection to the back four. He helps break up opposition attacks and kick start an attack from deep.

Ndidi has also been pivotal for the Super Eagles and its successes in recent years. His dedication to his craft has not gone behind the people that matter. Eguavoen believes that Ndidi has the necessary skillset to become among the top three in his position.

Speaking with ATHLST, Eguavoen opined that though not 100% Oliseh, he is on his way to outstripping the performances of the legendary Sunday Oliseh and becoming one of the best in the world.

He, however, touched on an aspect of Ndidi’s game that could limit him. Eguavoen said the midfielder was holding back and too cautious. He advised Ndidi to express himself more.

The Africa Cup of Nations kicks off on January 9 in Cameroon, and Wilfred Ndidi is no doubt expected to be part of the Super Eagles squad to the tournament.