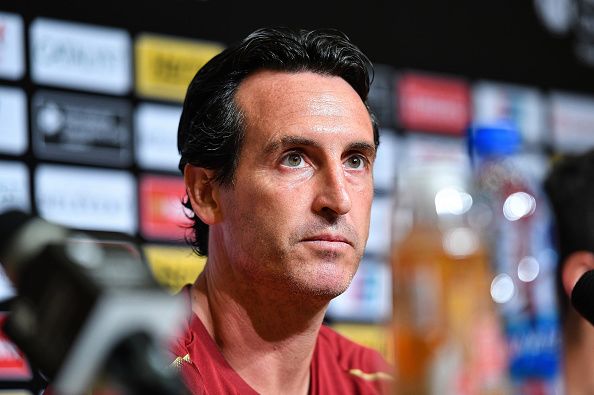 The season hasn’t even started yet but Arsenal are already picking up knocks and two of their key players are doubts for this weekend’s Premier League opener against Newcastle United.

Alexandre Lacazette was forced to miss last week’s draw against Angers due to an ankle injury that he sustained during the second half of our Emirates Cup defeat to Lyon last weekend.

The French international limped out of the stadium wearing a protective boot after the game but Unai Emery insisted the injury wasn’t anything to worry about as the doctors were sure it wasn’t serious.

Lacazette was still left out of the squad to take on Barcelona on Sunday evening, despite taking part in light training ahead of the game, and the striker remains a doubt for Sunday’s trip to St James’ Park.

Speaking after the 2-1 defeat at the Nou Camp, Emery said Lacazette will be assessed over the coming days but the doctors are hopeful he’ll recover in time to be in contention to face Newcastle.

Emery is quoted by The Sun as saying:

“Hopefully he [Lacazette] could be available for the match against Newcastle. The doctors, they are optimistic. We are going to wait.

“The next days are going to be very important to see how he is going to progress with his injury. But I am really, really happy with other players also. If he is ready for Sunday, perfect. If he isn’t, then for the next.”

Arsenal have another injury concern to worry about as Dani Ceballos has now emerged as doubt for our league opener on Sunday afternoon.

The midfielder came on in the 72nd minute against Barca last night but required treatment after taking a heavy challenge from Clement Lenglet and Emery says our summer signing won’t be able to train ‘for a few days’.

“My idea was to play Ceballos for about 20 minutes. He was very sore after Lenglet’s kick and he can’t train for the next few days.”

SEE ALSO: Chelsea to Lose Another Asset As 27-Year-Old Sets Sights On Transfer

We’ll have to wait and see how Ceballos progresses but he’s now highly unlikely to start against Newcastle so a place on the bench is probably the best he can hope for.