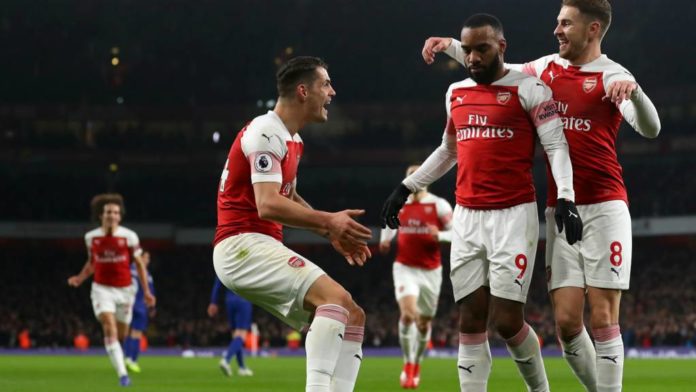 Arsenal boss Unai Emery has interest in bringing Gelson Martins to the Emirates Stadium this summer, and that's according to A Bola.

Gelson Martins has scored three goals in eight Ligue 1 appearances since joining Monaco on loan from Atletico Madrid in January.

The Portuguese winger only moved to Atletico last summer but didn’t do enough to impress Diego Simeone and was allowed to leave in the mid-season window.

Arsenal are now keen to bring Martins to north London, although the situation is complicated by the nature of the Sporting academy graduate's transfer to Atletico in 2018.

After an event which saw a group of Sporting CP supporters break into the club’s training ground and assault more than a few players, the 23-year-old unilaterally ended his contract at the Estadio Jose Alvalade.

Martins joined Atletico soon after, but his former club have demanded compensation in the region of £86m due to a release clause in his deal.

The Spanish side made an offer of £13m but Sporting are holding out for a higher sum, with FIFA presently looking into the case.

Emery wants to renew his interest in Martins who he tried to sign in January, and Arsenal could try and resolve the bottleneck by submitting bids to both clubs.