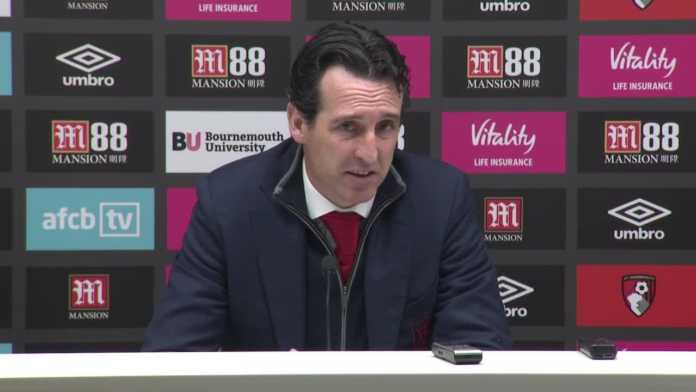 Unai Emery has opened up on why Mesut Ozil was an unused substitute in the 2-1 win over Bournemouth noting that he feared the German would struggle to deal with the home side's intensity at the Vitality Stadium.

Ozil started from the bench in the clash but failed to even warm up as he sat on the bench during the entire match.

Arsenal opened the scoring at the stroke of the half-hour mark courtesy of an own goal by Jefferson Lerma.

The South coast side pulled level right at the depth of the first half when Josh King buried the ball to the bottom left corner.

Aubameyang was the match-winner as he sealed all three points for Arsenal in the 67th minute.

When asked about Ozil not featuring in the game, the Arsenal manager replied, “We thought about how we can be better in the match today, with a very demanding match physically with their intensity against us and we decided. But every player is important. Also today we tried with three center-backs. It was another opportunity to improve and find our best performance.”