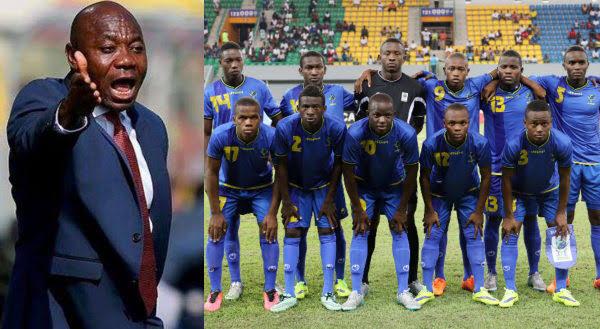 Thanks to Emmanuel Amuneke, the national team of Tanzania have booked a spot at AFCON 2019 with a 3-0 home win over Uganda in a qualifier on Sunday, March 24.

The win gave the Taifa Stars three points which guaranteed them second place in Group L.

The last time Tanzania were in AFCON was in 1980 when Nigeria hosted and won.

With this feat, he is now the second Nigerian coach after late Stephen Keshi to guide a country to AFCON.

Football fans from Nigeria were quick to react to Amuneke's feat on Twitter with some projecting him for the Super Eagles job.

Emmanuel Amuneke took up coaching after retiring and completed his coaching coaches in Europe in 2008.

Since then the 48-year-old has managed Julius Berger and Ocean Boys but it was with the Golden Eaglets of Nigeria that he won his first trophy as a coach, leading Nigeria's U-17 national team to win the FIFA World Cup title in 2015.