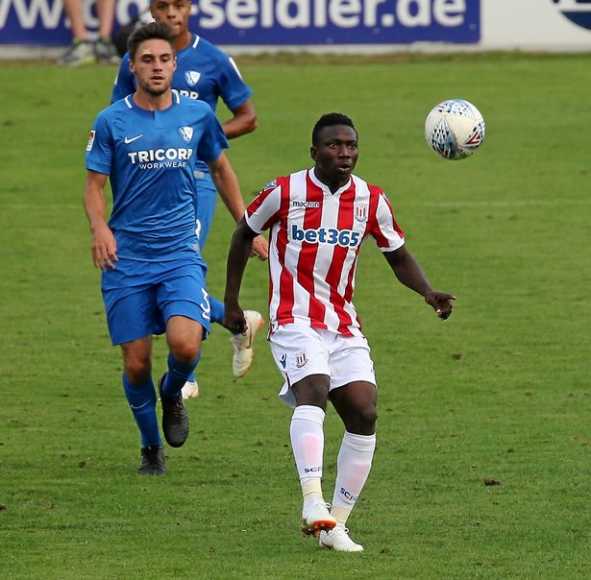 Oghenekaro Etebo will be making his competitive debut for his new employer Stoke City when they take on Leeds United at  Elland Road on August 5.

The Super Eagles star was in the Potters travelling party to West Yorkshire, which more or less confirms that the 22-year-old will be named in Gary Rowett's 18-man squad.

City's pre-season preparations did not go as planned after they lost four of their last five games against German clubs Bochum, Meppen, Hamburg as well as St. Pauli, and they were held to a goalless draw by Premier League new boys Wolves.

The versatile midfielder has only lost once on his league debuts for the teams he has represented since moving to Europe in 2016 against Rio Ave in 2016 when C.D. Feirense were beaten 1-0 in the Primeira Liga.

He helped C.D. Feirense claim a 3-1 victory over Oliveirense in his maiden appearance in the Ledman Liga Pro in 2016 and worked his socks off in Las Palmas's 1-0 victory vs Malaga on his La Liga debut in February 2018.

Etebo, arguably the Super Eagles top performer at the World Cup in Russia, scored on his debut for the senior national team against Egypt in March 2016.