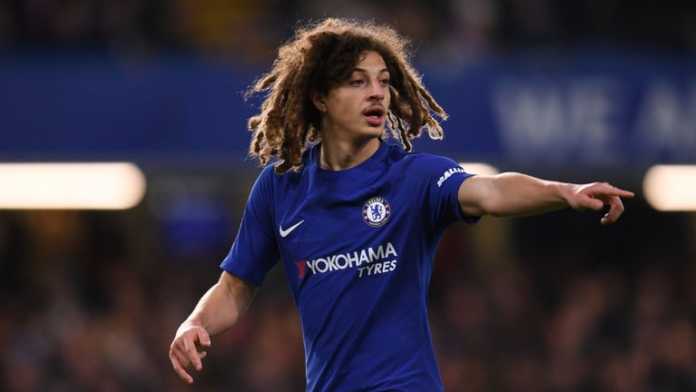 Ethan Ampadu has penned a new five-year contract at Chelsea.

Ampadu, who can play in defense or midfield, has yet to make an appearance for the club this season but impressed during pre-season and starred for Wales when they beat Ireland 4-1 earlier in September.

‘'I’m looking forward to the next five years and all I have got to do now is continue to work hard, and hopefully, good things will happen.’’

The 18-year-old was signed by Chelsea from Exeter in 2017 and made seven senior appearances last season, as well as featuring prominently for the Under 21 side.

‘'Ethan has shown great potential and unbelievable maturity since arriving at Chelsea a year ago,'’ Chelsea director Marina Granovskaia.

‘'In this short time he convinced a lot of people with his exceptional quality and mentality and we look forward to watching him develop into a key player for the club over the coming years.’’

They are in Europa League action on Thursday night, away to Greek side PAOK.

The Blues resume their domestic campaign against London rivals West Ham on Sunday.