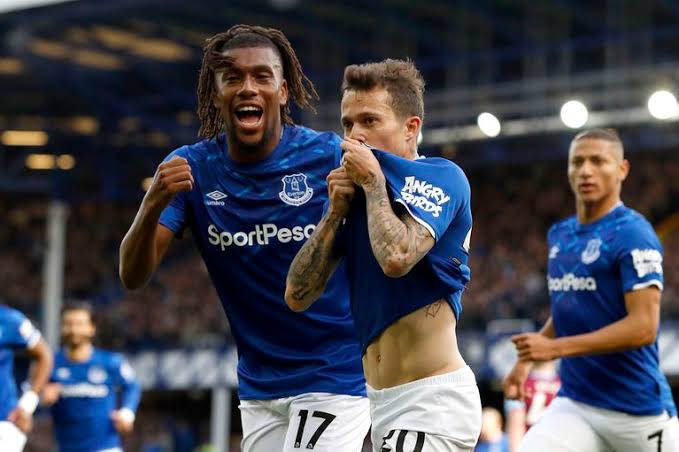 Super Eagles forward, Alex Iwobi was in action to help Everton end their four-game losing run in the Premier League with a 2-0 win over West Ham United on Saturday.

The Nigeria international, who started the game at Goodison Park, made his seventh league appearance since his arrival from Arsenal in the summer and was on parade for 87 minutes.

A first-half goal from Bernard and a stoppage-time effort from Gylfi Sigurdsson – who replaced Iwobi – secured a crucial win for the Toffees, who last won a Premier League match on September 1 against Wolverhampton Wanderers.

Before his substitution, Iwobi completed the joint-most dribbles for Everton alongside Andre Gomes [3] and also had the third-highest pass accuracy [74.3] behind Djibril Sidibe [76.7] and Yerry Mina [77.1].

The victory takes Marco Silva's team out of the relegation zone to 12th in the league table with 10 points after nine games.

FT. That's more like it! Brilliant performance from the Blues! ?? #EVEWHU pic.twitter.com/bdmjmQ88kL

Iwobi will be looking to help Everton build on the win when they visit Brighton and Hove Albion at Amex Stadium for their next Premier League fixture next Saturday.