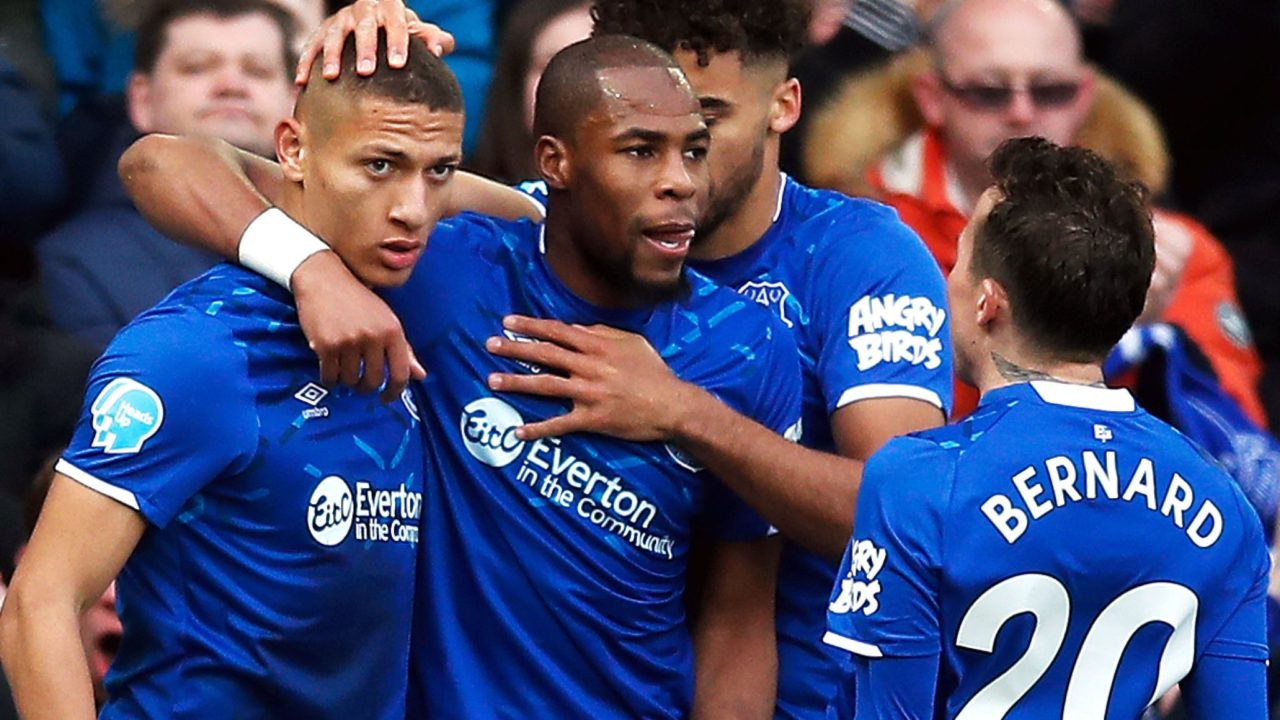 Richarlison's superb individual goal helped lift Everton to within five points of the Champions League places after a 3-1 win over struggling Crystal Palace.

The performance included the bad – Jordan Pickford's howler for Christian Benteke's equaliser – and the brilliant – wonderful strikes from Brazilians Bernard and Richarlison – before Dominic Calvert-Lewin's late goal added further gloss for the Toffees.

Carlo Ancelotti's side moved above Manchester United and level on points with fifth-placed Sheffield United, who host Bournemouth on Sunday.

Two months ago the team were in the bottom three having just sacked Marco Silva, but the turnaround the Italian has overseen has been hugely impressive.

A total of 17 points from his eight matches in charge is bettered only by near-neighbours and runaway Premier League leaders Liverpool over the same period.

Palace, however, are heading in the opposite direction with no wins and just four points in their last seven matches.

Two of those points came against Manchester City and Arsenal but they only briefly looked like giving manager Roy Hodgson his first win at Goodison Park in nine attempts early in the second half when a previously anonymous Wilfried Zaha came alive for a short spell.