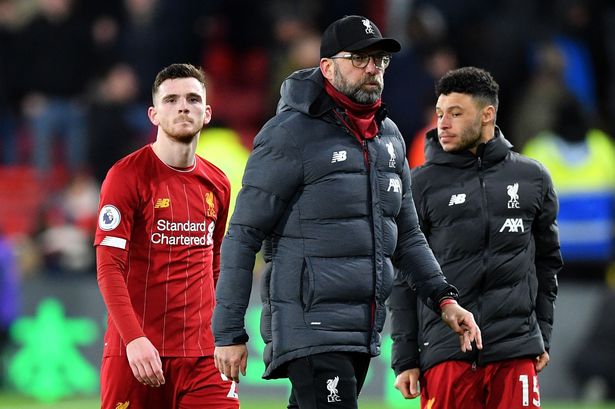 Liverpool face their neighbours Everton at Goodison Park still reeling from a 7-2 loss to Aston Villa prior to the international break.

Joe Gomez was among those to struggle and found himself hooked after 61 minutes with Fabinho dropping into the back-line.

The England international has been criticised for his displays since the Premier League restart and former Liverpool midfielder Danny Murphy believes Klopp should drop Gomez against Carlo Ancelotti's in-form Everton.

He believes the 23-year-old is struggling from a lack of confidence and fitness with the Merseyside outfit's back-line having looked more vulnerable than usual of late.

Murphy wrote in his Daily Mail column: “We cannot gloss over the defeat at Villa of course. Joe Gomez, in particular, has struggled in the heart of the defence this season.

“He does not look as confident, or even fit, compared to his prime and the manager faces a big decision whether to take him out of the firing line.

“I do not know Gomez’s character but from the outside, I would say it would be better for Liverpool if Fabinho partnered Virgil van Dijk for the derby, particularly as Klopp should have other strong options in midfield.

“The middle of a back four is such a crucial part of the pitch and particularly so for Liverpool on this occasion, because Everton’s main strength is their front three, with Dominic Calvert-Lewin scoring every time he plays.”

Liverpool will benefit from the return of at least three players at Goodison Park, with captain Jordan Henderson, Sadio Mane and Thiago Alcantara available again.