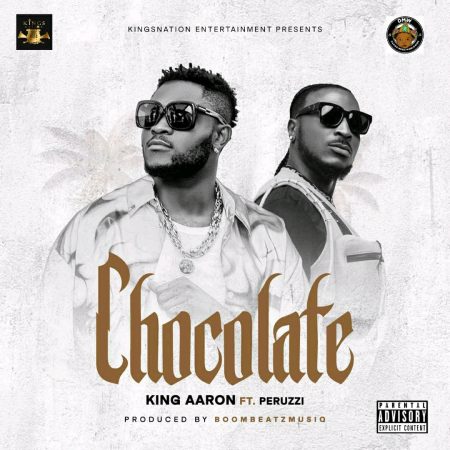 Samuel, who now goes by the stage name King Aaron, still plays professional football as he is a player of Chinese Super League side Changchun Yatai.

The 26-year-old former Shooting Stars and Dolphins striker dropped a short video clip of his song on his Instagram handle.

Peruzzi, who has featured in many hits songs started off the verse as King Aaron picked up the chorus.

Samuel debuted for the Super Eagles in 2014 under the late Stephen Keshi in a 2015 AFCON qualifier against Sudan.

During his time with the Nigeria national team he scored two goals in seven appearances.

Other clubs Olanare featured for are CSKA Moscow, Sarpsborg, Valerenga and Guangzhou R&F.