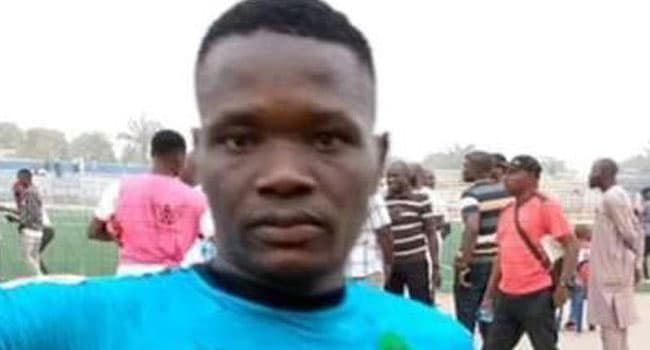 The sudden death of Nassarawa player, Chineme Martins in the Nigeria Professional Football League (NPFL) on Sunday should serve as a wake-up call for the League Management Committee and clubs in the league on the urgent need to revamp their medical facilities.

The 24-year-old died after collapsing on the pitch during a game in the Nigeria Premier League.

Martins was playing for Nassarawa United in a top-flight game against Katsina United on Sunday when he collapsed.

His death resonates how late Samuel Okwaraji also died on the pitch while representing the Green Eagles in 1990 FIFA World Cup qualifiers against Angola at the Main Bowl of the Surulere National Stadium, Lagos.

Although the cause of Martins death is yet to be ascertained, however, this event should question the medical facilities been provided by some of these clubs for their players.

There is no doubt that the level of medical treatment been provided by some clubs in the NPFL during football matches is nothing to write home about as they are left with just cooler of ice-blocks, pure waters, and sprays.

All these are not enough to manage critical situations such as the one that occurred on Sunday.

Ordinarily, the vehicles should have been tested okay before the match and it's such a disaster that Nigeria's football has been left in the dark once again.

It is to this end that the Nigerian Football Federation (NFF) has now ordered clubs to check all medical facilities before matches can go ahead in response to the tragedy.

But then, experts in the industry are of the view that this is a medicine-after-death approach from the football body considering the fact that before the start of the new season, clubs should be mandated to get their medical facilities in top shape.

The NFF issued a statement saying: “The NFF has in conjunction with the Ministry of Sports engaged the LMC and reviewed the situation.

“As an immediate first step, the NFF has directed that no further match be played except there is a full complement of the medical equipment and personnel as provided in the NFF Club Licensing Regulations.

“All Match Commissioners and the host FA are to ensure they inspect all the facilities including carrying out test runs before giving go-ahead for any match to be played.”

Speaking on the incident, former coach of Kwara United, Samuel Unuanel expressed sadness on the unfortunate occurrence, adding that it was totally avoidable.

“Can you imagine that the ambulance that was supposed to convey the players in case of a situation like this failed to work? This is the negligence of the league and shouldn't have been made to happen.

“I am not blaming the LMC for the death of the Nassarawa defender but the Match Commissioners, who should have inspected the ambulance and some of the medical facilities that were put in place for the match.

”They should have ensured that the ambulance is in good condition before the game. We don't have to wait before an incident like this happens before we start taking precautionary measures.

“We have left the family of the deceased in tears because of our negligence and this is just what we could have prevented.

”When things like this happen, we look for a scapegoat and I don't think that is what we should be doing at this point in time.

“Our clubs must take the lives of the footballers very seriously in order to prevent such occurrence in our league.

”This is just not the best of time but we must ensure that their health safety is guaranteed,” he said.

Besides, there are also pundits who share the view that the Nassarawa Football Club should be held responsible for the death of Martins considering the fact that they must have received some funds from the state government for the new season, which to some misappropriation from the part of the club.

According to some pundits who spoke to Goalballllive.com on the condition of anonymity, total negligence and disrespect for the lives of the players who are out there on the pitch soaking the humid sun and sacrificing their lives for the success of the clubs must become a thing of the past.

Going forward, the life of every player should be the number one priority of the LMC and the clubs in the NPFL.