The Football Association have vowed to appeal after losing a landmark disciplinary case against Jose Mourinho, despite their expert evidence against the Manchester United manager being branded “contradictory” and “lacking context” by an independent regulatory commission.

Mourinho was charged with using abusive, insulting or improper language after last month’s dramatic 3-2 comeback win against Newcastle at Old Trafford but that was found “not proved” at a hearing last week. 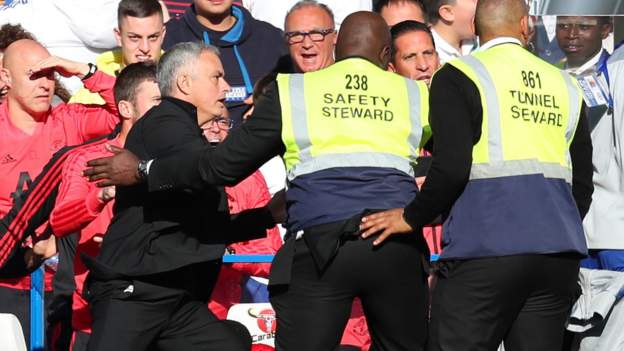 Having expressed surprise at the verdict, the FA have now, as expected, decided to appeal after “carefully considering” the commission’s written findings released on Wednesday, which again raises the possibility of Mourinho receiving a touchline ban.

Yet it has emerged the commission picked holes in the submission of the lip reading expert, Pedro Xavier, that the FA instructed to assist their case after Mourinho was caught swearing in Portuguese into a television camera as he walked along the touchline at the end of the Newcastle game. Xavier was said to have contradicted himself and failed to provide adequate context in which Mourinho’s remarks were made, which was considered essential to establishing if the manager was guilty of the charge.

Instead, the commission sided with Portuguese language expert employed by Mourinho and United. Simao Valente, an assistant professor at the University of Lisbon, was said to have provided a “contextual translation” of Mourinho’s remarks that effectively amounted to “f— yeah” or “hell yeah” that was described as “the most accurate in these circumstances”.

The commission ruled that Mourinho was not “aiming the words at anyone in particular”. They added that the words were “inaudible” and had not been shouted and that it would have taken someone familiar with “Portuguese colloquial profanity” who could also lip read to accurately decipher the comments.

The commission also said a section of Xavier’s report “appeared contradictory” because he had stated that language is very complex, can be assessed and interpreted differently and that Mourinho’s remarks, while highly offensive in a professional setting, can “among friends (normally men) occur as a joke or a teaser”.