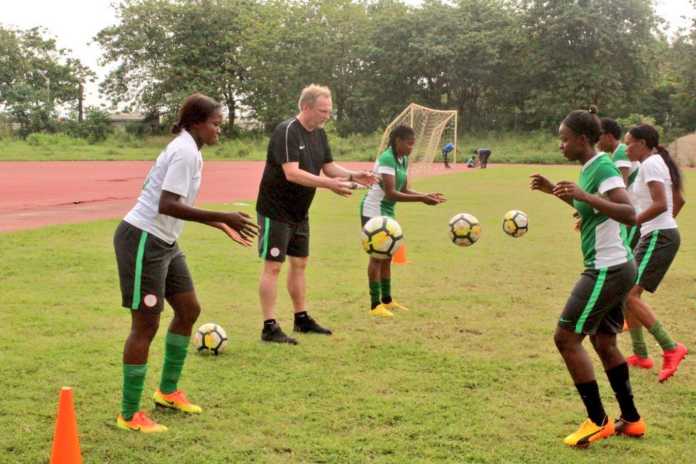 Amaju Melvin Pinnick, President of the Nigeria Football Federation, has affirmed that the Super Falcons will play at least eight matches in their build-up to the 2019 FIFA Women's World Cup.

The NFF boss agreed that the Falcons have only two international breaks before France 2019, which would have left them with only two build-up friendlies, but says the NFF enrolled the team for two competitions in order to accord them more match opportunities before the Mundial.

The Falcons might end up playing up to 12 games en route France 2019, as the second competition the team will feature in has group and knock out format.

Pinnick stressed that they ensured the Falcons were quickly registered for both competitions because they are focused on giving the nine-time African Women Cup of Nations champions a strong chance of doing well at the World Cup.

Nigeria are drawn in Group A alongside hosts France, Norway and the Korea Republic, ahead of which Pinnick says the Falcons need the best kind of preparations to stand any chance of doing well in 2019.

“We aren't going to France to make up the numbers of participating nations but to play and make a respectable impact.

“As you know, there are only two free windows before the World Cup, but we decided that instead of playing friendly matches the team will embark on an invitational tournament to boost their preparations,” Pinnick said.