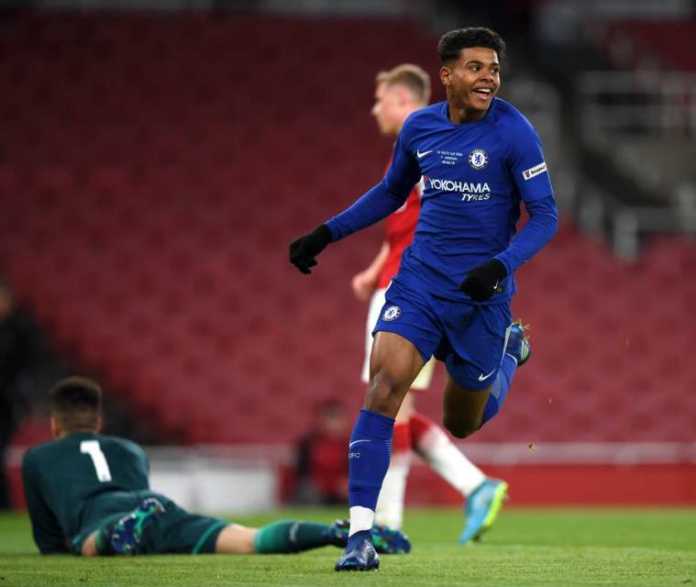 Anjorin signed on Tuesday, November 28 after he clocked 17 on Friday, November 23 and was eligible to sign a professional contract.

Anjorin who led Chelsea's U-18 team to the FA Youth Cup trophy against Arsenal last season is generally regarded as a box to box midfielder.

Dressed in a suit, Anjorin went on his official Instagram page to announce that he is sticking with Chelsea.

Delighted to have signed my first professional contract with @chelseafc ??⚽️

Faustino has played in the youth setup and has also debuted for Chelsea's U-23 team as he is highly rated.

In recent times the likes of Tyronne Ebuehi, Ola Aina have all dumped the countries they represented at youth level to play for Nigeria.

Faustino joins Jordan Aina who also signed a professional deal with the Blues earlier in the year another player of Nigerian descent on the Chelsea youth books.