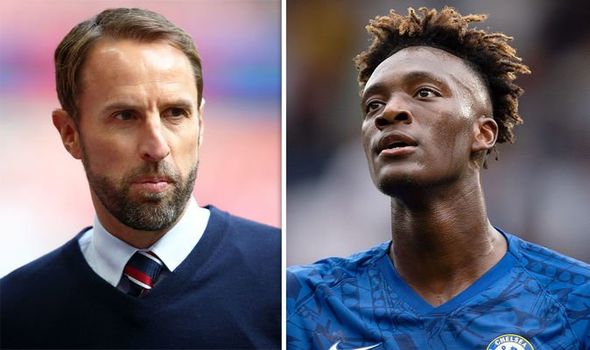 England Manager, Gareth Southgate is set to do everything possible to beat his Nigerian counterpart, Gernot Rohr, to the service of Tammy Abraham.

The Three Lions boss seems worried after Abraham’s decision to give Nigeria a chance in the race for his international future and he is reportedly set to keep a close tab on the 21-year-old during tonight’s Champions League clash with Valencia.

According to the Telegraph, Southgate will send his assistant, Steve Holland to the Stamford Bridge Stadium to run the rule over Abraham with a possibility of handling him a recall to the National team.

The Telegraph further disclose that Holland will equally keep an eye on another Nigeria-eligible star Fikayo Tomori who scored a beautiful goal for Chelsea during the weekend.

It would be recalled that Tomori, who has featured for Canada and England’s youth teams, is also a target for Rohr who could be replacing Leon Balogun anytime soon.