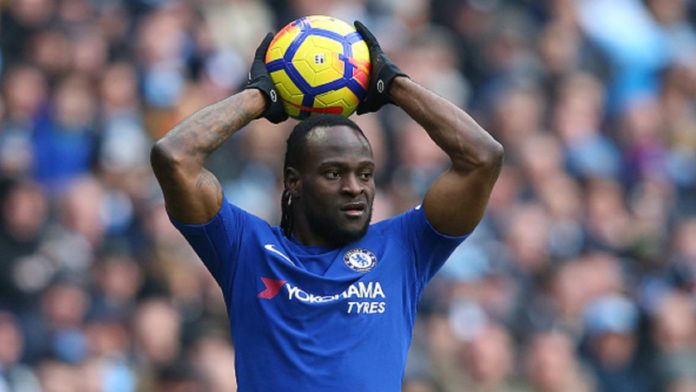 Victor Moses is bound to be tempted by Fenerbahce of Turkey, as the Istanbul-based side are ready to meet his £130,000 weekly pay package.

FootballLive claim that while the Chelsea winger feels inclined to ignore Fenerbahce's offer and remain in England, Moses will find a six-month package worth £3.38m quite tempting.

The huge offer has now incited confidence among top shots at Fenerbahce that the winger will ditch all rival baits in England and sign for the Turkish Super Lig club instead.

The offer becomes inevitable, as Ex-Super Eagles player prefers joining a modest club in the English Premier League since he wants to be close to his family in England.

With equally exciting offers coming his way from Crystal Palace, Huddersfield Town, Fulham and Cardiff City, Fenerbahce know they have to practically break the bank to get Moses.

With that in mind, Fenerbahce are prepared to pay the former Super Eagles star's entitlements in full until the end of the season to pull off the deal.

The enterprising winger extended his contract with Chelsea in March 2017 and had a pay bill of £130,000 per week included into his paycheck, which is what Fenerbahce will now have to accept in order to entice him to Istanbul.