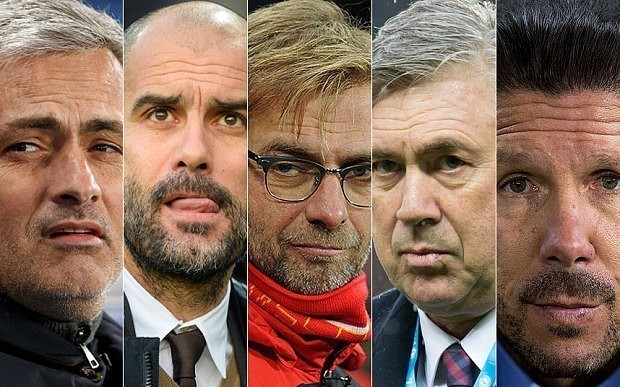 Gareth Southgate, Pep Guardiola and Jurgen Klopp are all on the shortlist for the Best Fifa Men's Coach 2018.

The period covered July 3 2017 to July 15 this year, which saw England first qualify for the 2018 World Cup with an unbeaten record before going on to reach the semi-finals, before eventually finishing fourth in Russia.

Manchester City manager masterminded the club's dominant Premier League campaign, while Liverpool's manager took the club to the final of the Champions League, which they lost to Real Madrid.

World Cup winner Didier Deschamps of France is also included in the 10-man shortlist, together with Zlatko Dalic, who helped Croatia finish runners-up in Moscow.

The other nominees are Massimiliano Allegri, who led Juventus to a record seventh successive Serie A title, Russian coach Stanislav Cherchesov, Belgium's Roberto Martinez, whose side finished third in the World Cup, Diego Simeone of Atletico Madrid, Barcelona's double winner Ernesto Valverde as well as Zinedine Zidane, who stepped down after taking Real to a third successive Champions League title.