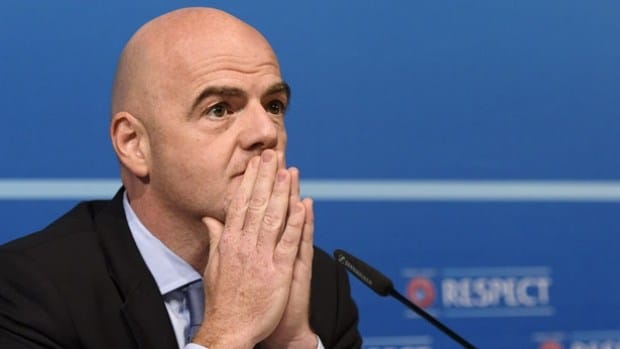 The Sierra Leone Football Association has been suspended by FIFA due to government interference in soccer affairs, the sport's world governing body announced on Friday.

The football governing body had asked for both individuals to be allowed to access SLFA premises without delay to ensure that the operations of the association, including FIFA-funded projects, were not laid on the line.

“The suspension will be lifted once SLFA and its recognised leadership have confirmed to FIFA that the SLFA administration, premises, accounts and communication channels are under their control once again”.

“Following its suspension, SLFA has lost all its membership rights as defined in article 13 of the World Football Statutes.”

“The SLFA's national and affiliated club teams are no longer entitled to take part in international competitions until the suspension is lifted,” FIFA said in a statement.

Last month, the country's anti-corruption commission went on with a threat to raid the SLFA's offices amid allegations of match-fixing involving the national team.

FIFA is also looking at games as far back as a World Cup qualifier against South Africa in 2008 as part of their own investigation into the match-fixing allegations.