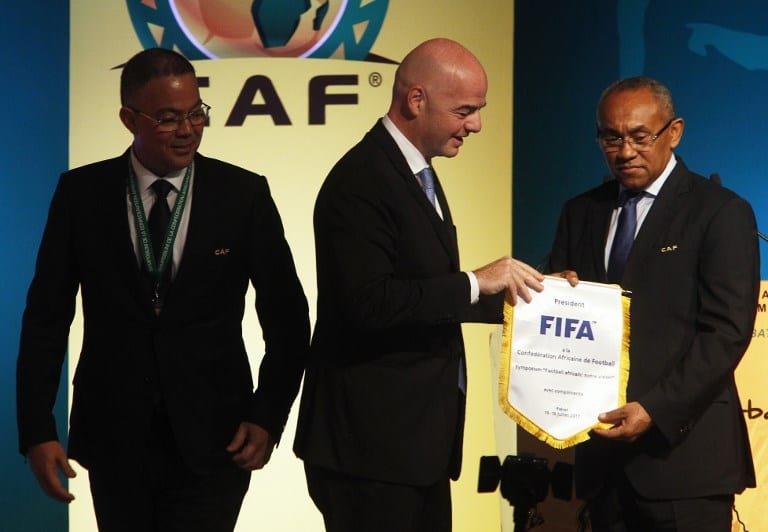 A radical overhaul of African football is expected to be announced on today (Thursday), the eve of the kickoff of the Nations Cup, in the wake of corruption scandals ravaging the Confederation of African Football.

The CAF executive committee took a stunning decision on Wednesday and have FIFA general secretary Fatma Samoura parachuted in as “FIFA High Commissioner for Africa”, according to sources.

No communication has been made by African football’s governing body but its beleaguered president Ahmad Ahmad is expected to hold a press conference in Cairo on Thursday at 0900 GMT.

Ahmad, who is the subject of an ethics investigation by FIFA after allegations of corruption and sexual misconduct, suggested the idea in a document shared with colleagues on the executive committee, the sources said.

Samoura is to lead a FIFA team that will carry out “a root-and-branch review of the governance of the confederation, oversee the operational management of the organisation, and recommend where needed a series of reform efforts,” the document stated.

FIFA are to also begin a forensic audit of the monies they have been giving CAF.

The plan of sending Samoura to Africa is said to have been put together by FIFA president Gianni Infantino and CAF vice president Amaju Pinnick.

Ahmad had been forced to accept the deal and then propose it to his own colleagues, CAF sources told Reuters on Thursday.