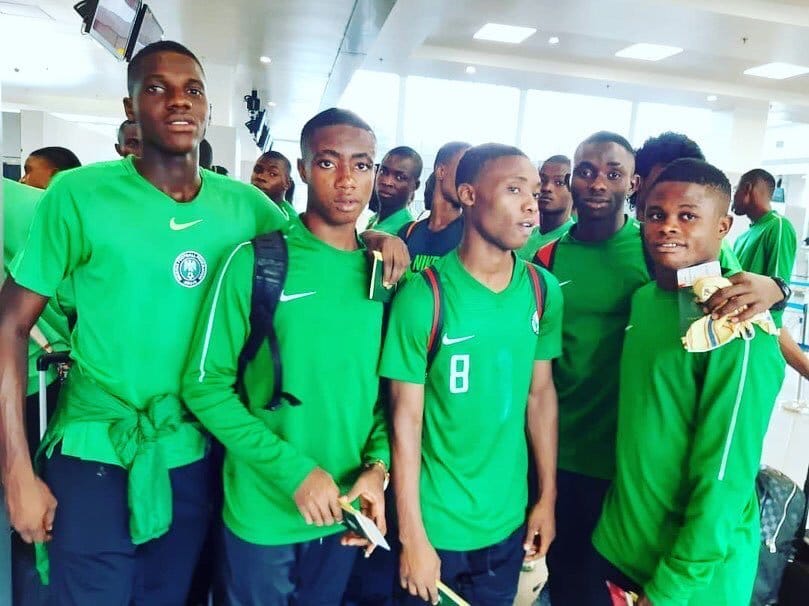 Nigeria’s Golden Eaglets have arrived the city of Goiania, Brazil, where the team will tackle Hungary at the Estadio Olimpico in the opening game of Group B of the 2019 FIFA U17 World Cup finals on Saturday.

Players and the officials were received by FIFA and local organizing committee officials at the airport and they were ushered into the bus that took them to their hotel at the Metropolis area of the city.

The five-time world champions have been in the football –passionate South American country since October 10, in the city of Sao Paulo, where the team had their training camp and played three warm-up games against Sao Paulo U 17 side, which they lost 1-2, before defeating South Korea 4-2 and then losing by the odd goal to Japan.

Meanwhile, ahead of Saturday’s FIFA U-17 World Cup opener against Hungary, Golden Eaglet Coach, Manu Garba took his team to the classroom as they bid to clinch a record 6th crown.