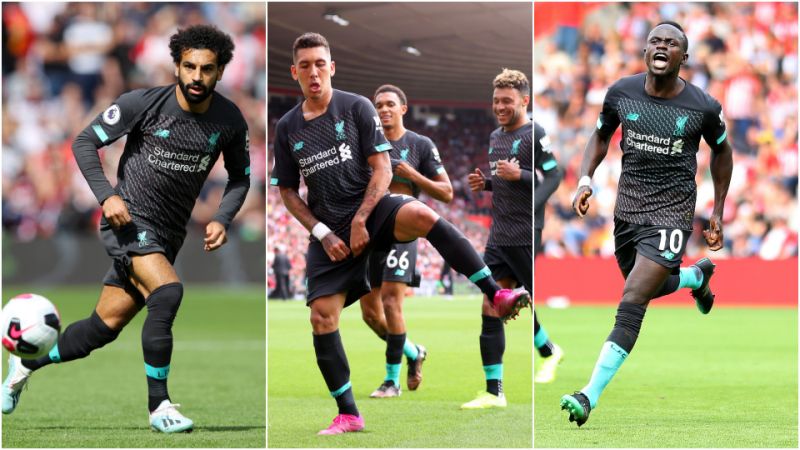 Liverpool star Roberto Firmino has been backed to fix any lingering problem between Mohamed Salah and Sadio Mane if Jurgen Klopp is unable to do so.

Liverpool made it 13 league wins in a row for the first time in their history when they beat Burnley 3-0 on Saturday at Turf Moor.

The result was perhaps overshadowed by an incident involving Sadio Mane, who expressed his frustration at Mohamed Salah’s greediness after being subbed by Jurgen Klopp.

All appears well now though, with Klopp defusing talk of a fallout between the two, claiming they made up in the changing room after the game after Mane had been angry Salah didn't pass to him.

The pair’s forward partner Roberto Firmino has been backed to help Salah and Mane erase all memory of the fury.

Pundit Garth Crooks wrote in his Team of the Week column for the BBC in which he named both Virgil van Dijk and Firmino: “I've said it before and I'll say it again when Roberto Firmino is on the song so are Liverpool.

“Perhaps Firmino can heal the obvious rift between Mohamed Salah and Sadio Mane because it would appear manager Jurgen Klopp is having difficulty.

“For Mane to explode so publicly, as he did at being substituted after Salah had so clearly ignored him on two occasions when in scoring positions, was completely justified.

“Salah can't play this game on his own – a point Firmino clearly understands.”

Former Stoke and Burnley striker Jon Walters is also in agreement, suggesting Liverpool will benefit from their forwards’ hunger for goals.

“It’s a good thing that strikers are like that with each other in a way,” he told Sky Sports.