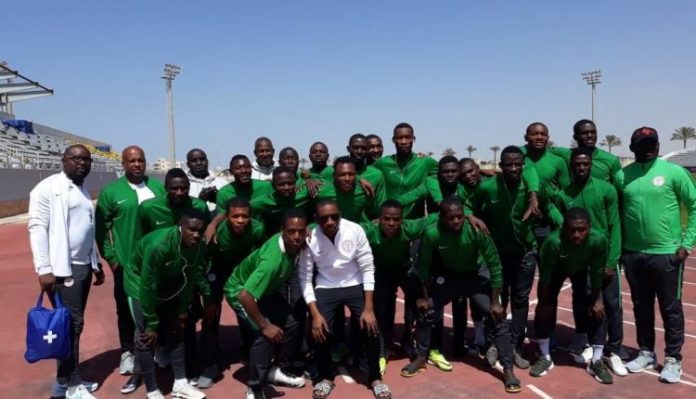 Flying Eagles of Nigeria will battle for a ticket in the final of the 2019 Africa U-20 Cup of Nations when they lock horns with the Junior Eagles of Mali in the tournament's semifinal at the Stade General Seyni Kountche today.

The Group A that had host nation Niger Republic, South Africa and Burundi was won by the Flying Eagles of Nigeria, finishing with seven points, defeating Burundi and Niger Republic while drawing with South Africa, while Mali finished second in Group B with six points after victories over Burkina Faso and Ghana, and defeat by Senegal.

Head Coach Paul Aigbogun said on Tuesday that, having met the first target of a FIFA World Cup ticket, the Seven-time champions will play the remaining games without any pressure and would turn out to be much better.

“We set the World Cup ticket as our first target for the championship. We have that now, so we are relaxed to go in there and give our best for the second target of winning the trophy while playing without tension or stiffness.”