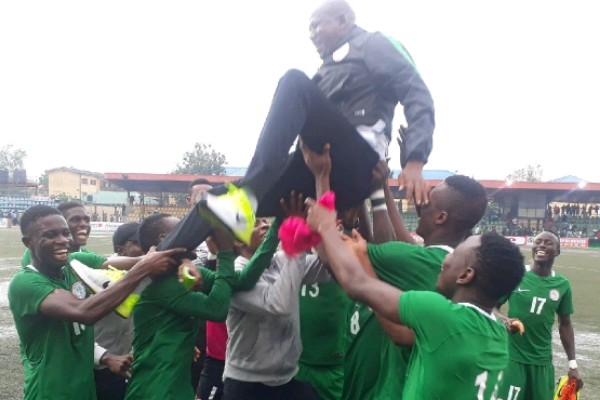 Nigeria has qualified for the 2019 Africa U20 Cup of Nations [AFCON]by defeating  Mauritania by 5-0 and 6-1 on aggregate.

Wasiu Alalade put Nigeria in front after 11 minutes, after the Winger threw away a gifted chance to score earlier.

Nazifi Yahaya doubled the lead on 33 minutes and then made it 3-0 a minute after the second half began when he headed home off a corner.

Aniekeme Asuquo scored the Eagles’ fourth goal before Afeez Aremu completed the routing in the 87th minute with a fifth goal from the penalty spot after a goal-bound attacker was brought down inside the box.

Nigeria failed to qualify for the last edition, but remain the most successful team in the competition.