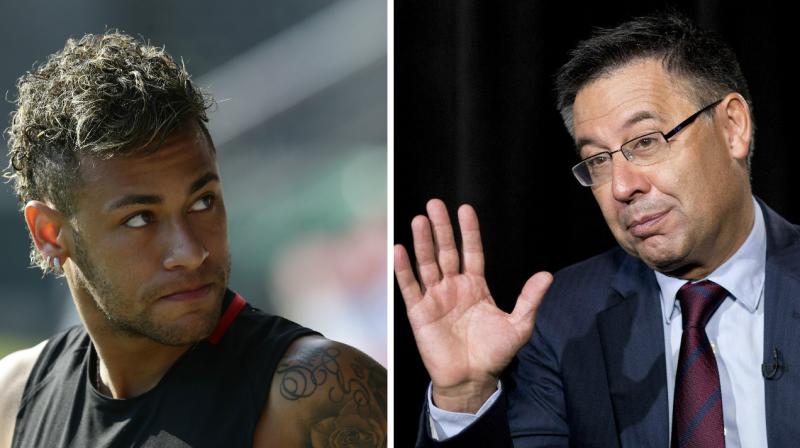 Former Barcelona president Josep Maria Bartomeu confirmed his resignation earlier in the week, calling time on his time at the Nou Camp ahead of an expected vote of no confidence next month.

But he didn’t go out quietly.

Bartomeu was unhappy about having to leave Barcelona but knew he had to jump before he was pushed.

And according to Spanish website OKDiario, the Spaniard blames Neymar’s move to PSG for the miserable way his Nou Camp presidency panned out.

It’s said Bartomeu and board members who also resigned think ‘everything started’ with the sale of the PSG star, who left in the summer transfer window of 2017.

Since Neymar’s move away, the La Liga giants have seen their big-name signings struggle to fill the void.

They’ve fallen in the semi-finals of the Champions League for the past three years and haven’t won the competition since 2015, back when Luis Enrique was in charge.

The report adds that Bartomeu remains unhappy about the ‘Neymar soap opera’ of last season.

The Brazil international was in favour of returning to the Nou Camp, despite the difficult nature of his departure three years ago.

But negotiations didn’t pay off and, in the end, Barcelona were forced to live without a player everybody knew they wanted.