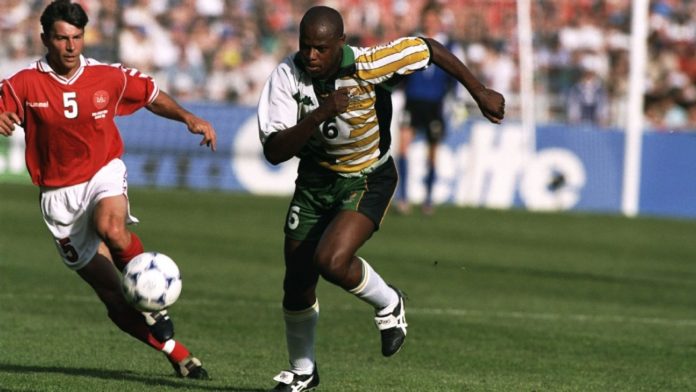 Masinga scored 18 goals in 58 matches between 1992 and 2001 for South Africa, including the strike against the Republic of Congo, in 1997, that famously secured Bafana Bafana's first World Cup finals appearance, at the 1998 tournament in France.

The South African legend was at Leeds for two years while Radebe stayed nine and went on to captain the club and make more than 200 appearances.

Even though Masinga was not delivering the goals Leeds hoped for he was still hugely popular at the club.

Masinga played for Leeds until 1996, after which he moved to St Gallen in Switzerland.

Leeds United tweeted: “It is with great sadness that the club has learnt of former striker Phil Masinga's passing. The thoughts of everyone at the club are with his family and friends.”