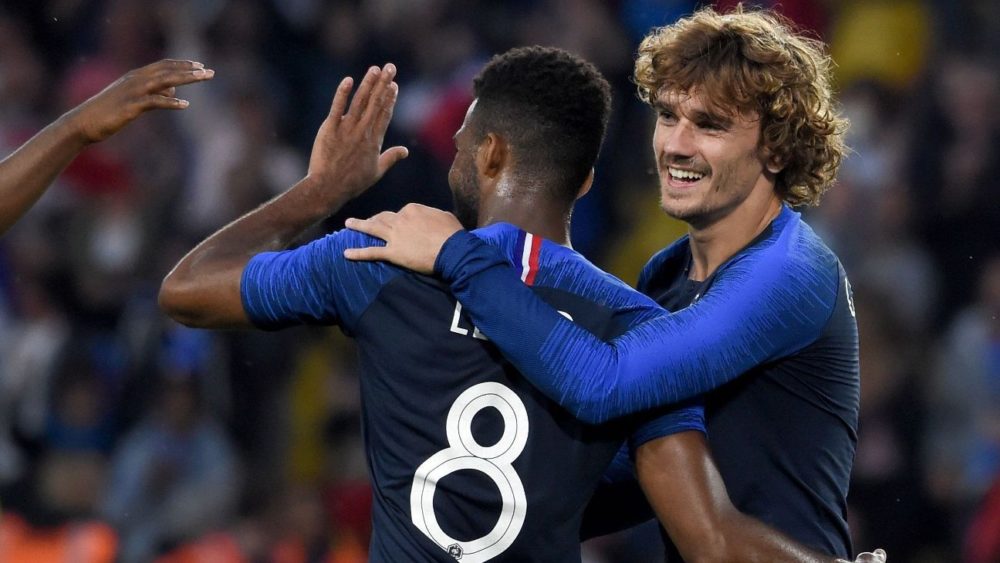 World champions France in this month's Euro 2020 qualifiers thrashed Bolivia 2-0 in a friendly on Sunday.

Thomas Lemar and Antoine Griezmann scored in a one-sided encounter in which striker Kylian Mbappe was substituted at halftime with an ankle injury, although coach Didier Deschamps said it was ‘nothing major'.

Lemar put Les Bleus in front after five minutes with a fine lob after being set up by Griezmann at the end of a counter attack.

Lemar paid the favour two minutes before the break, as Griezmann tapped in from his cross to increase the tally with his 29th international goal.

They are level on six points with Turkey after two victories from two matches.