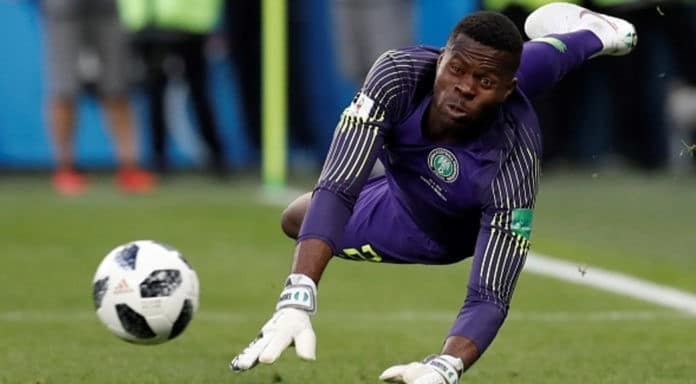 Former Super Eagles No. 1 goalkeeper, Francis Uzoho made an impressive debut for his Cyprus side Omonia Nicosia in their 2-0 win away at Doxa Katokopias on Sunday.

Uzoho joined the club on loan from Spanish side Deportivo La Coruna and was expectedly thrown between the sticks as he hoped for a better season after a torrid period last year.

First-half strikes from Matt Derbyshire and another in the second from Eric Bautheac ensured Omonia commenced the season on a good note and will now hope to consolidate on the result as they compete for European position this term.

The performance comes as a confidence booster for Uzoho who will be hoping to recapture his number one spot in the national team after being dropped to number 3 by German tactician Gernot Rohr.