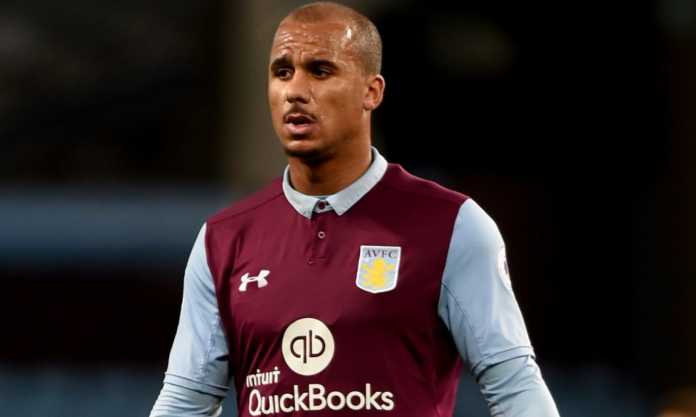 The striker, who has so often been the scourge of Blues with crucial derby day goals, won’t be involved against Villa’s old enemy this time around.

Agbonlahor was released at the end of last season and is yet to find a new club. Agbonlahor recently explained how he wouldn’t sign for another English club out of respect for his beloved Villa.

Agbonlahor spent 17 years at Villa after climbing through the ranks to become the club’s all-time record Premier League goalscorer.

He’ll be watching the Second City derby from the stands this time though after Villa confirmed the clash at Villa Park on November 25 is a sell-out.

On Instagram, Villa posted: “And would you believe it, Villa vs Blues is sold out.”

And Agbonlahor couldn’t resist getting in on the derby day banter. The striker cheekily quipped: “So I’ll have to sit in the away end…”

Villa responded: “Don’t you be winding them up *again*.”

Sadly for Agbonlahor, unless Villa can find him a seat he won’t be able to attend as Blues have sold out their allocation.

Agbonlahor's ancestry qualifies him to play for Scotland or Nigeria at international level, but he chose to play for his homeland of England.

On 20 September 2006, Agbonlahor was pencilled in as a player in the Nigeria under-20 team for the match against Rwanda. He turned down the call, whilst not ruling out playing for the country in the future, but subsequently pledged his future to England.