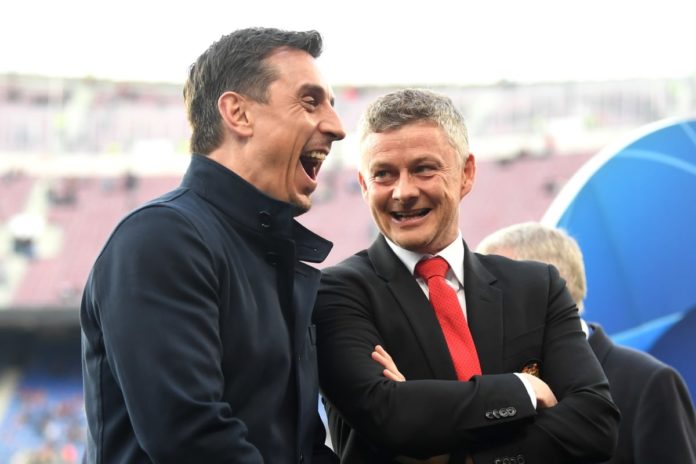 Manchester United legend and SkySports presenter, Gary Neville believes that the Red Devils could only with the Premier League title by building momentum through their attacking talents.

The Red Devils who are currently third in the Premier League table and remain undefeated so far this season, haven't been champions of England since Sir Alex Ferguson's last season in charge in 2013 and the club are desperate to end that drought.

And with the arrivals of Jadon Sancho, Raphael Varane and Cristiano Ronaldo this summer, Neville believes his former club side could only win the title through the brilliant attackers in the team currently.

The Old Trafford side kept pace with their title rivals in a dramatic 2-1 win over West Ham on Sunday, in which they scored a late winner through Jesse Lingard and David de Gea saved an even later penalty to keep the lead.

Neville, former right-back, thinks United were fortunate in the game, whereas Chelsea practically dominated Tottenham in their 3-0 win.

Thus far, United are on the same number of points as Chelsea and Liverpool at the top of the table, positioned third on goal difference, and remain undefeated.

“Manchester United were fortunate in the end but this is what they are – ‘the odd bunch' that play in moments during games,” he told the Gary Neville podcast.

“United's team performance was nothing like what we saw from Chelsea and that's why I've been saying that the best team will win the league.