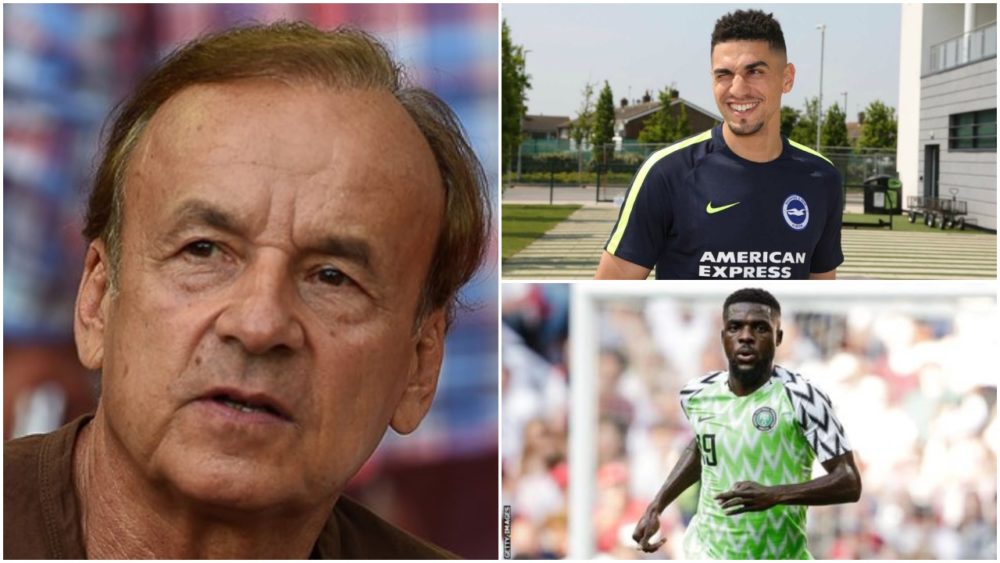 The Head coach of the Super Eagles, Gernot Rohr is said to be ready to exclude defender Leon Balogun and midfielder John Ogu from the national team henceforth.

The duo were mere fringe players in the 2019 bronze medal-winning squad and are not likely to break into the team any time soon.

SEE ALSO: All Super Eagles Goalkeepers At AFCON Should Be Sacked — Disu

Balogun lost his place to Kenneth Omeruo and started only two of Nigeria’s seven games in Egypt, while John Ogu featured in just a game.

Ogu, who has remained a back player in the team since making his debut for the Super Eagles in March 2013 and Rohr is determined to invite young midfielder who can give Wilfred Ndidi and Oghenekaro Etebo a run for their money.

“There is the possibility of Ogu and Balogun might not get invited to the team again. Both of them are not getting younger, and besides, are not indispensable in the team,”

“This coach is eager to bring in young but quality players into the team, especially the midfield and these two may be dropped from the team going forward.” a reliable source disclosed to Brila.