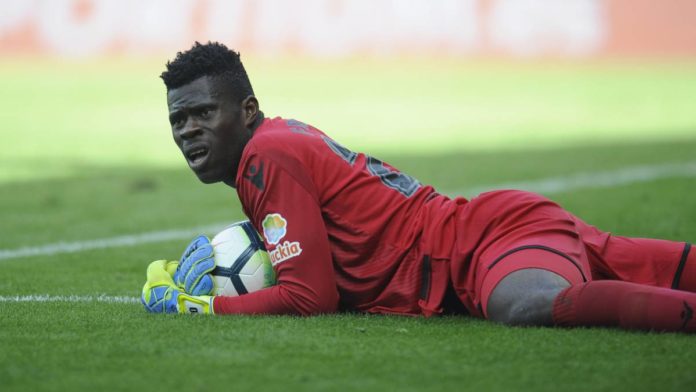 Carl Ikeme has been mandated by the Nigeria Football Federation and manager Gernot Rohr to assist the technical crew find new goalkeepers for the Super Eagles.

This is necessitated following Francis Uzoho’s elementary goalkeeping errors in the Africa Cup of Nations qualifiers against Libya which makes the NFF worry if Uzoho can make the grade at international level.

”The NFF has also graciously accepted my proposal to give the opportunity to Carl (Ikeme) to help us find other good goalkeepers of Nigerian descent.

”So we are still searching for good players in all positions in the team,” Rohr told SportingLife.ng.

”Yes some former players who have shone with the national team before has freedom and liberty to help the team if there are problems.

”Peter (Rufai) can call me at any time to give me useful advice because I know him very well and he knows me too. We can speak about it if he has a better candidate,” Rohr added.

Uzoho has started all the eleven games played by the Super Eagles in 2018, and has conceded 12 goals while posting four shutouts.