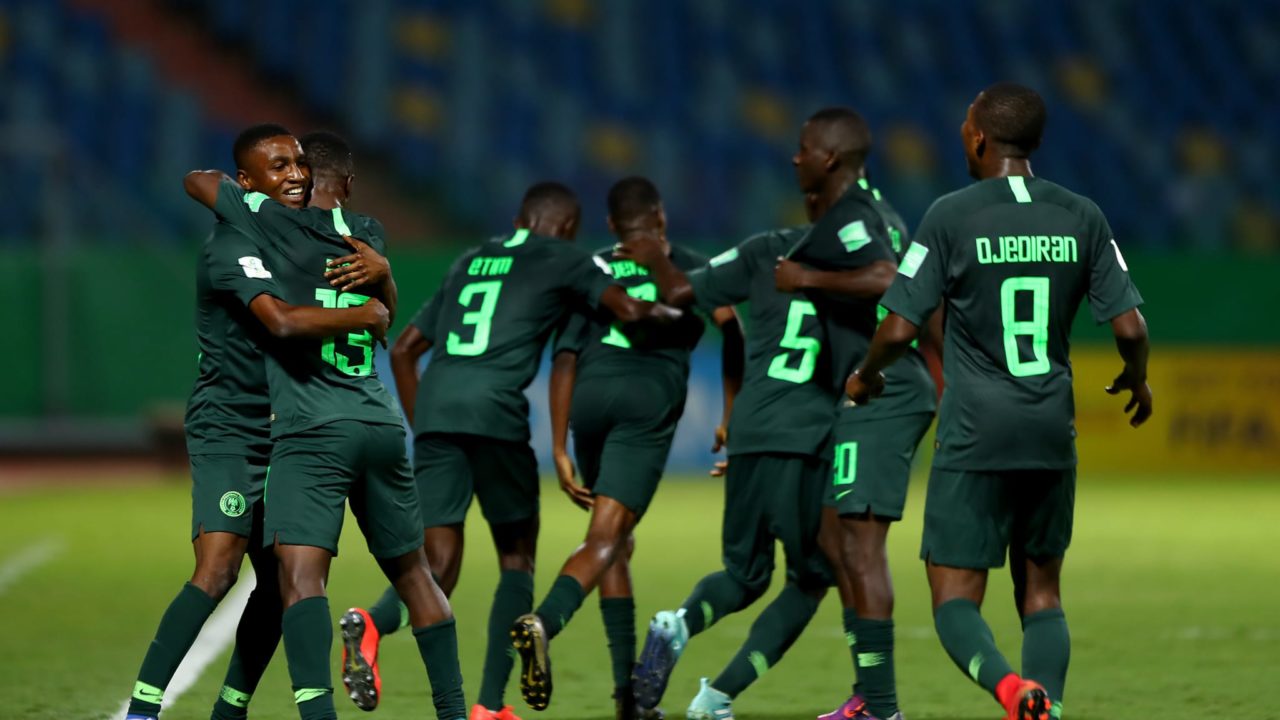 The Golden Eaglets last night beat Ecuador 3-2 in their second Group B match of the 2019 FIFA U-17 World Cup to book a place in the Round of 16.

Nigeria went ahead in the 5th minute through Ibrahim Sai’d who was gifted the ball after Olalekan Olusegun put Ecuador’s goalkeeper Joan Lopez under pressure which forced him to a poor clearance that saw the ball fall kindly to the feet of the scorer.

Olusegun was keen to double the Eaglets’ goals three minutes later when he started a mazy run but saw the ball cleared from danger eventually.

The South Americans equalised when Adrian Mejia’s shot which hit the foot of the post deflected off the back of Daniel Jinadu in Nigeria’s goal in the 10th minute.

The West Ham United goalkeeper was credited with scoring an own goal rather being the effort of the Ecuadorian forward.

Top scorer for Nigeria at the U-17 African Nations Cup, Wisdom Ubani, who proved to be inefficient, was substituted in the 30th minute by Akinkunmi Amoo.