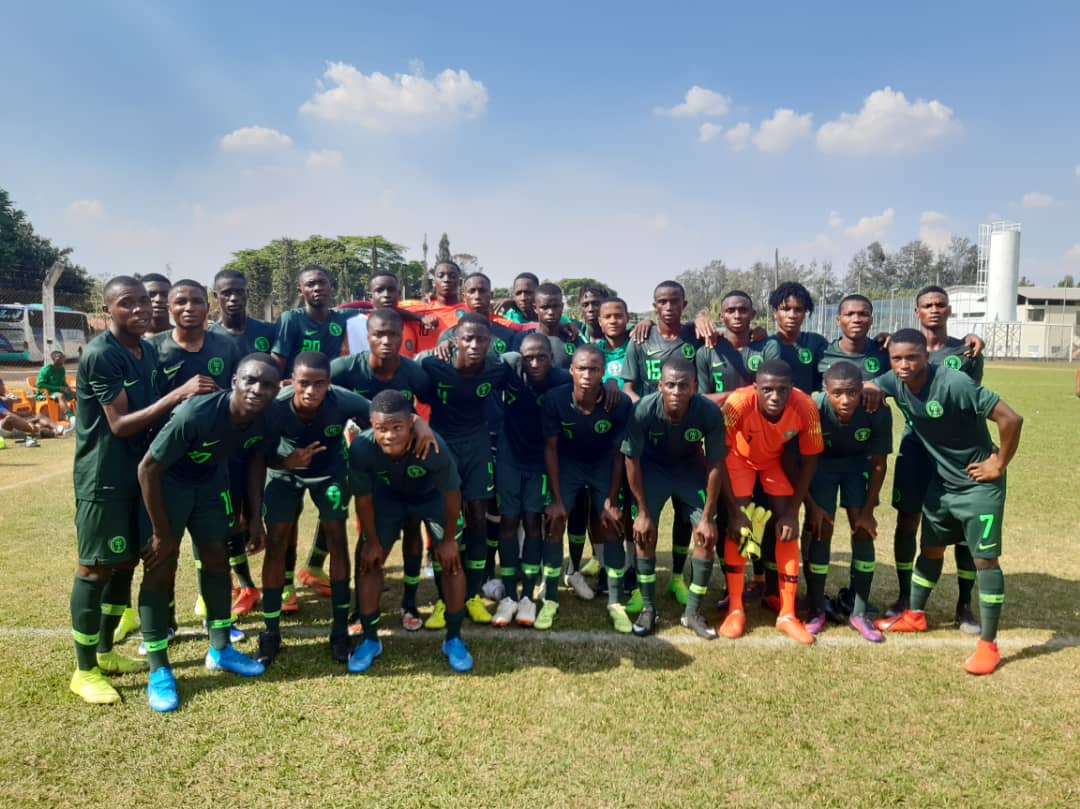 The Estadio Olympico, Goiania will come alive on Saturday when five-time world champions in the FIFA U17 World Cup, Golden Eaglets of Nigeria will tackle Hungary in the opening game of Group B of this year’s championship taking place in Brazil.

The young football ambassadors from Nigeria touched down in Goiania on Tuesday from Sao Paulo, the city they had their training tour and the team swung into action with a training session in preparation for the clash against the East European side.

Both teams are not new to each other as the Golden Eaglets that have now be rechristened the ‘Super Eaglets' by FIFA defeated Hungary 3-1 at the quarter-final stage of the maiden edition of the tournament in 1985 en route to becoming the first country to win the tournament, after the team defeated Germany 2-0 in the final.

The quest for the Eaglets to conquer the world again begins in a few hours and dispatching Hungary will indeed be a strong display of intent towards winning a sixth world title, after victories in 1985, 1993, 2007, 2013 and 2015.

Nigeria will also play Ecuador and Australia in the group phase.