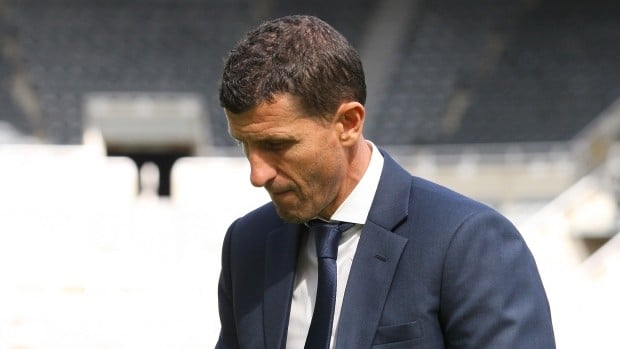 The Hornets are bottom of the table having taken a single point but last term Gracia led them to the FA Cup final, where they were thrashed 6-0 by Manchester City.

“Javi has represented Watford with great dignity and will always be deserving of our fullest respect for his achievements,” said chairman and chief executive Scott Duxbury.

Watford confirmed Gracia's staff will also be leaving the club, with the Hornets indicating a swift replacement will be appointed.

Club captain Troy Deeney suggested in a recent interview that Gracia should be given time to turn the team's fortunes around.

Watford have had 10 bosses since Malky Mackay's departure in June 2011, with Walter Mazzarri and Marco Silva among their recent coaches.

Former boss Quique Sanchez Flores has been linked with returning to take charge at Vicarage Road.